Summer Solstice 2018: The longest day of the year 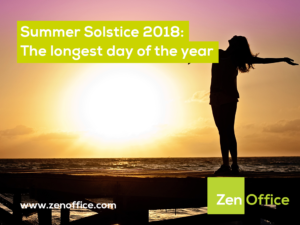 The anticipation in the lead up to summer been building up for many months.

However, the start of the season has now officially arrived in the form of the summer solstice.

The longest day of the year is a cause of celebration for many, whether you feel a spiritual connection to the power of the sun or are simply relieved that summer has finally arrived.

Here’s everything you need to know about the summer solstice 2018:

The summer solstice – otherwise known as the festival solstice, midsummer or Litha – is the longest day of the year.

It occurs when the earth’s geographical pole on either the northern or southern hemisphere becomes most inclined towards the sun and officially marks the beginning of summer.

When the summer solstice takes place in the northern hemisphere this month, the sun will reach its highest possible altitude.

As a result, the day on which the summer solstice falls will have the longest period of daylight of the year.

In some cultures, such a paganism, the summer solstice is symbolic of fertility and the harvest.

The summer solstice in the northern hemisphere will be taking place this year at exactly 11.07am on Thursday 21 June.

According to The Weather Channel, the UK will be treated to 16 hours and 38 minutes of daylight, with the sun rising at 4.43am and setting in the evening at 9.31pm.

Every year, the summer solstice happens on the day when the earth’s geographical pole is most inclined towards the sun.

How is it celebrated?

It’s believed by some that Stonehenge was built as a kind of astronomical calendar.

On the day of the summer solstice, the rising sun lines up with the Heel stone and the Altar stone of the ancient site.

Thousands of people gather at Stonehenge to watch the spectacle and celebrate the start of summer.

However, many will also celebrate the summer solstice in other ways regardless of whether they feel a religious affiliation with the event or not.

Expect to see numerous summer picnics, bonfires and maybe even some Maypole dancing take place to mark the occasion.