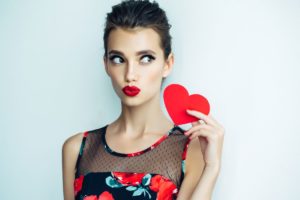 Valentine’s day is celebrated in many countries around the world on February 14th, but how did this loved-up holiday come about?

Saint Valentine was a priest who conducted marriage ceremonies in third-century Rome. The emperor at the time Claudius II, had the bright idea that men would make better soldiers if they were all single. As a result, he banned marriage for young men, prompting Valentine to strongly disagree with him. Rather than go along with the new law, the priest carried on with the marriage ceremonies, meaning that numerous young people across the country could still get married. Claudius II found out, and had Valentine thrown in prison and sentenced to death.¹

WHY IS VALENTINE’S DAY ALWAYS CELEBRATED ON 14TH FEBRUARY?
Some believe that Valentine’s Day is celebrated mid-February to mark the anniversary of Valentine’s death. It was also thought that the catholic church placed Valentine’s Day at this time of year, in an effort to Christianise the pagan festival of Lupercalia. ²

WHY ARE ROSES ASSOCIATED WITH VALENTINE’S DAY?
Roses have been the symbol of love since the early 1700s when Charles II of Sweden brought the Persian poetical art known as the ‘language of flowers’ to Europe. ³

ZenOffice Print & Promotion supplies a wide range of bespoke Valentine’s gifts. Get in touch with your account manager to discuss your requirements and find out how we can help.